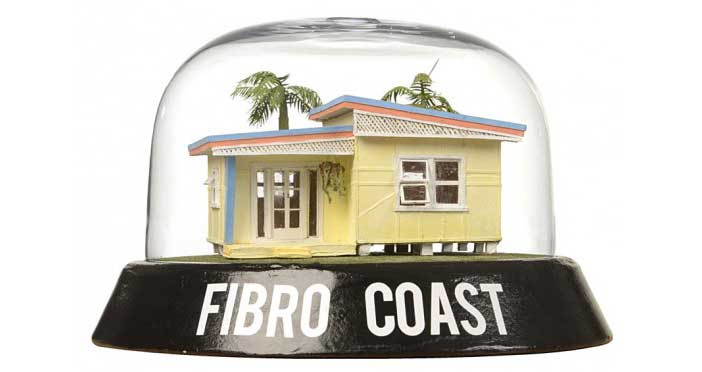 The early Gold Coast motels were initially small establishments of often no more than a dozen rooms, owned and operated by husband and wife teams. Many motels were designed without the benefit of architects. Plans were basic. Operators sought consumer attraction by maximising image at the lowest possible cost. The basic linear motel form developed into sometimes ‘L shaped or two storey forms.

The prevailing style in architecture during the 1960s was rigid post-war modernism which resulted in buildings stripped of decoration and in which’ form followed function’. The basic form of Gold Coast motels perfectly reflected their function as accessible accommodation for a motorised holiday society. Importantly, however, what distinguished Gold Coast motels design of the period from the more architecturally disciplined apartment buildings and houses was that it maintained the sense of playfulness and fantasy that has been so much a part of the Gold Coast culture from its inception.

Because the motels fronted the highway in order to attract travelling clientele, architectural expression was of a scale that could be recognised from a moving car. Choice of a place to stay was determined by the initial impression of the place. Operators sought distinction from competitors by creating themes. Themes of pure fantasy or borrowing and ambience from the heartland of similar establishments in Miami or California were common, expressed in exotic names, stylistic features and landscaping.

Exuberant use of colour and signs were common.

Breakfast served in the motel room was a novelty not found in more conventional holiday establishments. Carefully ordered the night before, breakfast on a tray was passed through a hatch next to the door of the unit. The reception foyer offered friendly service, tourist information and light snacks for sale.

Often the theme and always the name of the motel was portrayed by a sign adjacent to the highway. In the spirit of competition, these signs became elaborate and entertaining in their own right. Some became much loved parts of the broader experience of the Gold Coast, vicariously enjoyed by visitors to the Coast as part of the highway experience. Almost all signs incorporated an indication of room availablility. The neon ‘no Vacancy’ sign has become part of the Gold Coast Highway culture

Motels are an important part of the image of the Gold Coast. As a city built largely on tourism their role in our history and culture deserves recognition. Gary J Baildon Gold Coast Mayor ( )